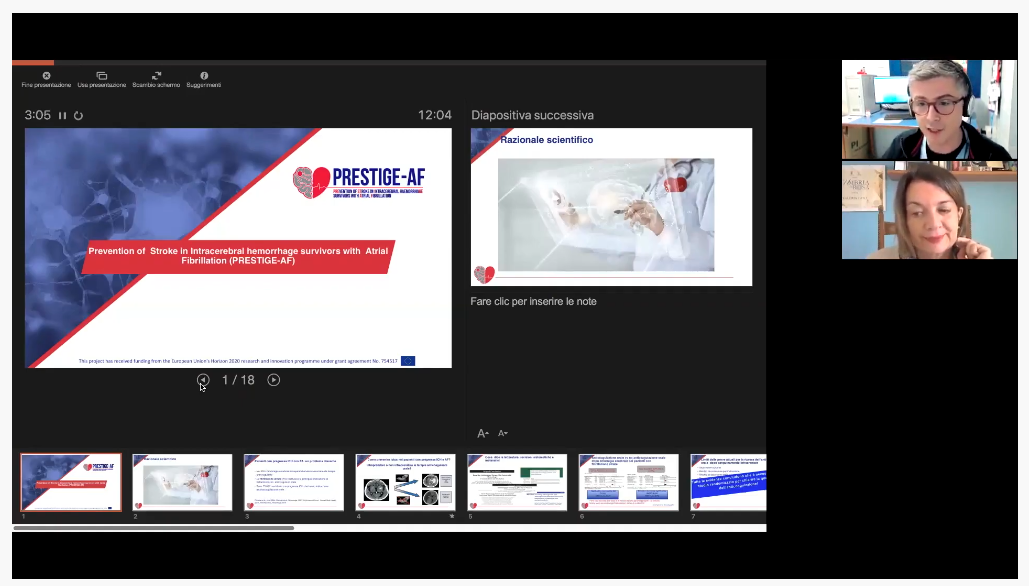 PRESTIGE-AF researchers, Prof Valeria Caso and Dr Fracesco Corea live-streamed (in Italian) on March 4th about the PRESTIGE-AF trial in Italy. They presented on the full operation for the study of secondary prophylaxis of cardioembolic stroke in patients suffering from atrial fibrillation and after-effects of cerebral haemorrhage. Coordinated by Prof, Valeria Caso of the Perugia Hospital with about 15 participating centres in Italy. In Umbria, the hospitals of Branca, Citta di Castello, Foligno and Perugia are in fact authorized to recruit candidates. Tune-in!